Where is your school located?

We are located five minutes’ walk from the $1.4 billion Fulton Center Station on which New York is now casting a bright spotlight. Fulton Center, will be a main hub station in the New York City.
Ten subway lines (A/C/E/J/R/Z/2/3/4/5) and four stations (Fulton Street, Chambers Street,the World Trade Center, Cortlandt Street) will be interconnected.
A connection to the PATH train from the Fulton Center will be available in the near future.
The station has been called “the subway station of the future” and will feature shopping, restaurants and the stunning “Sky Reflector Net” as its centerpiece. It is expected to host 300,000 people a day and will be the biggest transfer point in lower Manhattan.
New York English Academy will be the only ESL School located near this exciting new spot. 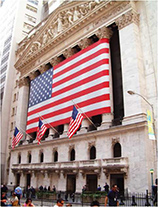